Behind The Making of “Vaccination from the Misinformation Virus.”

Schueler will take part in a webinar sponsored by IPEC in which he discusses the making of the film on Friday, February 11, 2022, from 2pm-3pm. 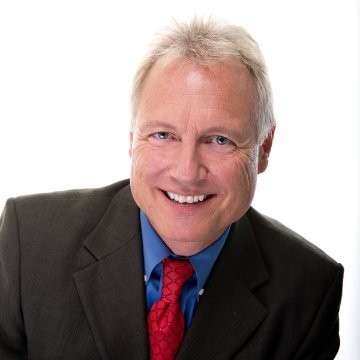 Ariel Loop, a registered nurse, and her son Mobius are among the first few people we meet in the PBS documentary, “Vaccination from the Misinformation Virus,” a recent film that explores the rise in vaccine hesitancy.

Loop explains her frightening experience as a new mom. In early 2014, when Mobius was 6 months old, the young family went to Disneyland. It was a special place for the family, but there, Mobius was exposed to and contracted the measles from other park visitors who weren’t vaccinated. Children are not eligible for the measles vaccine until 12-15 months of age.

The dream family trip soon turned into a nightmare as Mobius spiked a fever Ariel couldn’t control. Though Mobius survived the acute illness, Loop still worries about the long-term impact of that infection.

It’s a situation that doesn’t have to exist, medical professionals say. If all the children at the park that day had been vaccinated, Loop’s terrifying ordeal most likely could have been prevented.

But it’s a gift that many have been refusing over the past decade or more, thanks to rising vaccine hesitancy and the virus of misinformation that’s led many parents to balk at getting their children inoculated against measles and other preventable diseases.

This concerning narrative is just one that director Chris Schueler uncovered in making “Vaccination from the Misinformation Virus.” The documentary, which explores the rise in vaccine hesitancy, was released in July and has since appeared on more than 70 PBS stations around the country. Schueler will take part in a webinar sponsored by the Interprofessional Education Collaborative in which he discusses the making of the film on Friday, February 11, 2022, from 2pm-3pm.

Schueler, the 20-time Emmy Award-winning president and CEO of Christopher Productions, started work on the film in 2017. Back then, the film focused on dwindling rates of childhood vaccinations across a range of diseases. The effort stemmed from a conversation Schueler had with University of New Mexico Health Sciences pediatrician Walter Dehority, MD, around misconceptions about the flu vaccinations and concerning trends in uptake of childhood vaccinations like the measles shot. The timing of the film’s production and release ended up being uncanny in light of the COVID-19 pandemic.

Here, Schueler explains how he came to make the film and how he hopes it can improve uptake of not only the COVID-19 vaccines, but all lifesaving vaccines.

Vaccine Voices: What made you want to make this film?

Chris Schueler: I was going to retire or at least slow up. We’ve been doing two or three films every year for, like, 10 years. But then Walter took me out to lunch and I got really excited about this idea of vaccinations. We didn’t get the funding for it, but then the pandemic hit and Walter got in touch again.

It seemed like a really important thing to do. It’s been one of the most important documentaries and projects I’ve ever worked on, and hopefully it makes some sort of difference.

VV: What did you learn from making the film that had a particular impact on you?

CS: We premiered the film at the University of Arizona [where] one of the guys on that panel said, “Listen you’ve got to learn to dance. Like when you’re starting to date somebody and you take them out dancing, and everybody’s a little different. You’ve got to learn how they move and whether they’re good dancer or bad.”

He continued, “Let me give you an example. I spoke to the University of Arizona football team this past week.” This was in July, right before their season began. And he said, “I talked with the whole University of Arizona football team. Their vaccination rate was 15%. One-five percent. And I went in, and I took charts and all the misinformation, and I showed it and disassembled it. I told them why it wasn’t true. I gave them good information. And all the guys on the football team were just staring at me and nothing was happening. And finally, I realized I wasn’t dancing with these guys. So I said to them, ‘You know why you should get the damn vaccine? Because Ohio State’s football team is 95% vaccinated.’ And by goodness the next day their vaccination rate went from 15% to above 75%. In one day. You just have to learn to how to dance.”

Different people have different things that are going to have an impact.

VV: What was behind the vaccine hesitancy you explored in the film?

I’m a white privileged male, and that puts me at a disadvantage in the sense of understanding people who are not white, privileged males. I can read the history of it, but I can’t fully understand [what it’s like for Native Americans to trust the government] when women were sterilized not to their knowledge. I have such trouble understanding how that could happen, but it happened, and our government did it. So what does that do to affect the psyche?

It’s the same thing with African Americans and all the issues around some of those trials [such as Tuskegee].

VV: As you explored in the film, the media landscape has changed in recent years. How does that, plus the addition of social media’s rapid rise, factor into vaccine hesitancy?

CS: The change in the media over the past 40 years has been significant. It’s a dramatic change in the way media works and the way media is structured even in legitimate, trying-hard journalism. I think social media is a reflector of, or maybe the leader of, that change in some way, shape, or form.

Today, television news is clickbait just like social media is clickbait. They’re identical because their job is to get more views and more eyeballs.

As a result of that, the television newscasts where we used to go to get our news have changed and now have moved into the social media stuff. Every local TV station has a social media department. Even reliable journalists and news sources have bought into this in ways that they may not even realize.

As an example, our local newspaper here, the Albuquerque Journal, every day in the paper they list the number of new cases and the number of new deaths. Finally, last month, and I’m so proud of them for this, after almost two years into the pandemic, at the bottom of the page, it says, "of those in the hospital 82% are unvaccinated.” Now that’s an important piece of information, I think. I would consider it fairly newsworthy. But if you look at any news article, you’ll find a headline that says something like “Fully-Vaccinated Joe Schmoe Contracted COVID.” Well, that has a connotation to it. The anti-vaxxers use that to say — “the vaccine doesn’t work!” But it was never supposed to work that way. It’s supposed to keep you out of the hospital. It’s supposed to keep you from dying. But you look at news stories and how they’re structured, it’s in the 20th paragraph at the bottom of page 6 where you get to the thing that says, “Oh, by the way, of those who’ve gotten COVID, 90% were unvaccinated.” It seems to me to be a really critical piece of news information, but it doesn’t bring viewers. It doesn't bring people to read the article. I get all worked up about it.

Which is why in the film, we did those four fake news social medial posts [to illustrate how clickbait is so easily shared on social media without the deeper context that the science deserves]. We went around and around on what we needed to say in those, and in one of them, we said "Ten ways viruses come from mud pies. #5 will blow your mind." We wanted to make them so off the chart silly and stupid that both right and left, Republicans and Democrats, can laugh at that together. And that’s what happened — when I attend a screening, everybody’s giggling. It doesn’t matter what side of the fence you’re on — those are funny. But it draws attention to the fact that it’s clickbait for everybody. Both sides use it all the time, and we have to be aware of that and we have to understand that. It’s a scary thing, because it could be something silly and stupid or it can be something that's life changing, like not getting the vaccine and going to the hospital.

VV: What led you to incorporate the perspectives of different ethnic groups so prominently in the film?

CS: We do a lot of pre-work before we ever take the camera out of the box and do a lot of research about how to actually effect social change. We had a lot of “think tanks” with pediatricians, pharmacists, epidemiologists, and all these people about what the factors were for vaccine hesitancy.

VV: So how did you solve that problem?

CS: Our experts are all trusted sources. Starting in 2017 we did extensive research looking at different target audiences based on race or faith or geography and we found [input from] a lot of people who are really smart, and then started honing in. I had a lot of Zoom meetings with a lot of people gathering information. It took three years to find those key figures. We wanted people from faith communities and ideally people of color from faith communities and who were also scientists. And we hit the jackpot a couple times.

Although it’s a documentary it’s also an outreach tool for health care professionals and citizens who want to make a difference in their families’ lives. To gather the information from the documentary or use little elements of it, depending on why people are hesitant. There’s no one-size-fits-all. We tried to cover all of the different reasons in a variety of ways.

VV: What’s your advice for health care professionals who are trying to convince the hesitant to take the vaccine?

I think in talking to all the doctors and the people who were in the film, it’s the same thing that you hear over and over again. And I’ve learned it myself as I have friends who aren’t going to take the vaccine — or at least at this point have not taken the vaccine. Initially I was really irritated because I thought it was incredibly selfish.

But look at those around you who may be affected by that decision. If people can understand that it’s a community decision — if you decide not to get the vaccine, yes, you have a choice, and maybe you’ll be OK. You’ll play COVID roulette and you may be just fine and not even symptomatic. But you might die. I mean, I agree, that’s your decision. However, when it’s going to affect everyone around you, that’s what people need to understand — the effect around you and the effect for the world.

I’m not a scientist, but I’ve learned a little bit along the way here with this film. The mutations happen because there are more hosts. So you’re affecting everyone by your decision. I think that has to be communicated in a very kind, generous, nice way.

Article
Get to Know the AAMC Innovations Grant Winners

Addressing harmful health misinformation is at the core of the work being done by educators across health professions.

Topic:
Article
How To Prepare for a Potential Cold-Weather COVID-19 Surge

Topic:
Article
What to know about BA.5, Paxlovid, and new vaccines coming out this fall — AAMCNews

Most people now have immunity against severe disease and death due to COVID-19, but experts hope new vaccines will curb infections and prevent further mutations